Scheduled the resection of my AVM

Just to update you all. After finding out I am not a candidate for Cyber Knife because my avm is not seen on scans, I decided to go see a great nuerosurgeon (University of Miami Dr Jacques J Morcos) who does both Surgery and Gamma knife to give me a non-bias opinion. My other Doctors did not seem too confident on how to continue treating me. Due to my rupture and young age (30) he highly recommemded surgical removal. Not to mention he removed a pituitary Tumor from my uncle and a brain tumor from my grandfather. Saved their lives and I think I am making the best choice for peace of mind and to be able to dedicate the rest of my life to my son and wife. I am scheduled for a functional MRI, blood work, chest xray, and EKG this monday. October 30th I am scheduled to be admitted and do another angiogram. Halloween would be my Surgery. I am sad, nervous,and scared, of this crainy. Thankfully I read great threads on successful outcomes recently. Did anyone else feel this way? i know this crainy is with purpose vs my rupture n stroke in March when it was a life saving operation. I would love to hear other great stories. Thank you in advance everyone!!!

I think you’ve made all the smart decisions you’ve gotten as much information as you can and you found a neurosurgeon you can trust; yes you’ll be nervous and scared before a surgery but think of all the positive outcomes if it is successful.
Before my second craniotomy to remove my AVM I was terrified but I also knew I didn’t want it to rupture again; yes I still have deficits but my AVM is gone and I can try to move forward from that without worrying about another rupture.
Best of luck to you with your surgery and wishing you a positive outcome!

I had a bleed on my cerebellum last December. Then an angiogram in February that revealed the avm. Went in for an embolization on March 7th of this year. The doctor felt confident that the embolization would be enough, but if not he would do a craniotomy and resection. Turned out I started bleeding and they did a craniotomy.
I can completely relate to how you feel. I also wanted a permanent solution. Those two and a half months of worry about what would happen next we’re unbarable for me.
Once the surgery was booked I was quite frightened, but was also in denial and just kept my mind focused on other things. Just kept putting one foot in front of the other and going about my regular days.
I had some complications. Like I mentioned earlier, the bleed requiring the craniotomy, and then I developed hydrocephalus which they caught right away. Had to put a drain in my skull to relieve the pressure.
Although it was all very scary, I am fine!! It takes time and it’s slow but you can get through this. I was in the icu for four days, acute care hospital for nine days and then rehab for eight. Started out needing two people to walk with me and yesterday I walked three miles by myself. I still have balance and coordination issues, but my function is quite good. Most people can’t even tell I had anything happen to me.
Hang in there

Bingo Mike. I think you really captured the situation

Hey Mike,
Good luck next week. My even-year-old son had an AVM rupture on December 30, 2017. He had three craniotomies in February 2018, to remove his (2 surgeries in one day). He was playing baseball by March 22! He wears a helmet while playing. He had an MRI two weeks ago, and his brain is back to normal. It gives us peace of mind that his AVM is gone. Also, he kept such a positive attitude before, during and after surgery. His focus was to not miss a baseball game this season. Find something to focus on to motivate your recovery. Wishing you the best.

Our 11 year old son also had a craniotomy in July 2018 after a bleed in August 2017. After 5 days, he was out of hospital and back on his ADHD medication because he had to much energy. He totally wanted to have the surgery and be cured for good. He still got a brace on his right foot because of the bleed but surgery went incredibly good. Wishing you the best for Halloween. 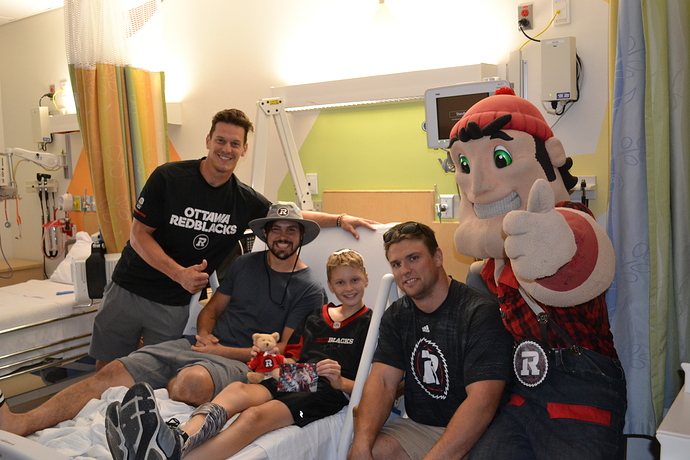 I’ve been thinking about you.
Best of luck tomorrow
Carol

We’re with you! All the best, John.

Just a small message to let you know I am thinking about you today. Best of luck to you!