New "diagnosis" back to the drawing board

Hello, friends.
Been with you guys since 2016, but I’m in a bit of a pickle so I’ll just start over.
In early 2016, I got really sick.
-migraines, like couldn’t open my eyes, up to three weeks in a row with no relief
-confusion, forgetting where I was
-dizziness
-Forgetting easy words
-forgetting what I’m saying
-Very hard to understand speech
-Stumbling over words
-Facial numbness on the right side

This went on for a few months before I decided I must be going crazy, and I should see a doctor. I immediately got an MRI and they told me they found a left frontal AVM, and scheduled an angio. And yep. AVM. My neurologist suggested seizure medication (after trial and error I’m on Keppra) but eventually my neurologist left the medical group. After that I bounced from mean neurologist to arrogant neurologist, to ones who wouldn’t listen to me, etc. So I decided to switch medical groups with my insurance to get better care.

Fast forward to 2020.I met with an interventional neurologist who specializes in AVM, for him to tell me what he sees on my scans are NOT an AVM, but he wants more images to be sure. I got new MRIS and was yet again told it is not an AVM. Apparently it is a developmental venous anaomoly (DVA) But what’s weird is they said that they do not present the symptoms I have been experiencing for the past few years. If they match up exactly with an AVM, then how is it not one? How is what I have…something that was “found incidentally” and “shouldn’t be causing you problems”

I’m not sure if I’m posting this for help, or to just rant, or whatever. But I can’t seem to find anything that resembles an AVM that definitely isn’t one. He told me to find another neurologist who can help me, and at this point, I don’t know who can. I’m 23. Any normal 23 year old is not experiencing a single symptom such as these. Any time I search my symptoms the internet’s answer is an AVM

So back to the drawing board I go. I’m hoping even one person on here can think of something else that is causing my symptoms. This just doesn’t make any sense to me and I’m just left with an insane amount of confusion.

All my love,
Em

To me, it sounds like you need a quality Neuro team - I know, easier said than actually done

I learned this from here, pretty much. This stuff is too far above our heads(LoL) for us to fully grasp what’s going on in there on our own.

The reason I’m still alive is thanks to my neurological team at Barrow Neurological. I went to ER two times prior to be told that I had a brain hemorrhage & no one there can help me. All of this showed me how our health care system really works < not that well at times

I was put on Kepra also for a short while - I am so thankful that it was not required long term. They pulled me off that stuff immediately after my embolization procedure was done.

And when I say I ‘never’, I mean I’ve never had one who hasn’t had a chip (of varying size) on their shoulders. We go to see them in a hyper sensitive state sometimes and then just to be dismissed or have our concerns minimised, it can be SO demoralising, infuriating, confusing etc
BUT
I do agree with Mike_az here:-

Someone you can properly explain it all to you and be able to answer all of your questions with professional knowledge. Now, I’m not a dr, I’m a patient, but I’ll try and explain in some very simple terms.

There are a few differing types of AVM’s like a Arteriovenous (AV) fistula or a Cavernous Malformation and some of them are similar to true AVM’s like a Developmental Venous Anomalies and Capillary Telangiectasia.

In ‘REALLY’ basic terms an AVM is a tangle of blood vessels. Some of these vessels are there before birth and some develop over time. The ones that develop over time can be more dangerous as the walls are weaker and can often balloon and burst.
Then there’s the vessels that are there before birth and the body develops around those vessels. They are seen as being less at risk and these are called Developmental venous anomalies (DVAs).
Here’s a bit of a write up from John Hopkins Medicine that may explain it better 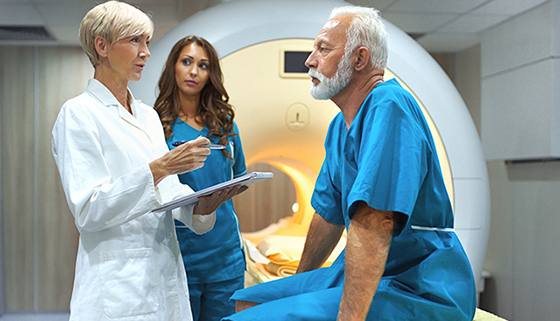 A developmental venous anomaly is an unusual arrangement of small veins in the brain or spinal cord. It's a condition you are born with.

Now, in that link it states most people are non-symptomatic and many only know due to an incidental find, but you are symptomatic, so if, as they say a DVA is not the source of your symptoms, then what is the source? Our brains are very sensitive pieces of equipment. Little changes can have some HUGE affects and they say ‘most’ people are non symptomatic, not all. So, is there any treatment options?

I’ll be honest with you, if you can at all avoid neurosurgery, avoid it. Brain surgery can be a HUGE thing and sometimes the treatment, recovery and aftermath can be worse than the symptoms. Sometimes surgery may not be considered as the damage they can do by entering the skull can be too much of a risk for the benefit. I say this because I’ve required a few neurosurgeries, each has been to ‘fix’ an issue, but the result has been far from ‘fixed’ and life changing (and not in a good way either).

you need a quality Neuro team

Merl from the Modsupport Team

You’re really at the hands of your neurosurgeon(s).

In my case(and, everyone’s is different), the neurological team that put me back together was nothing short of amazing. They attacked this thing with precision one would want to see in this type of situation. They explained everything all the way through - my neurosurgeon sat down with me multiple times to break down what was going on with me.

I truly believe if it wasn’t for Barrow Neurological being close to my reach, I’d be done for - I would either be dead or recovering with serious deficits + they treated this with true knowledge

My first 2 trips to ER really painted a grim picture - and, this was an ER at the huge hospital where my son was born a decade ago. . . But, when it came to an AVM they were nothing short of lost < this was quite discouraging, to say the least.

A lot to process - I know

I know @DebsW has DVAs, maybe not in the same place as you, and was struggling to find a friend on here some months ago. I’m hoping you guys can swap notes.

I’d also put $5 on there being a connection between your DVA and your symptoms!

@DickD, thanks for the e-intro and asking me to join in the conversation.

This road that we are all on, can be quite daunting at times. Not really understanding what is happening is quite scary too. My DVA was also an incidental finding. I have been struggling for a number of years now with this. I have a CCM in close proximity to the DVA, both of which are located in my right cerebellum.

I am based in South Africa and have been seen by various neurologists and neurosurgeons. I was referred to an interventional neurologist who confirmed the CCM and DVA. My main reason for seeking help was the incessant and sometimes debilitating headaches, severe tinnitus in one ear (still there 4,5 years later), dizziness, nausea, forgetfulness, “brain fog” etc. My MRI indicated that I have previously had a bleed. The interventional neurologist indicated that the bleed was more likely to be from the CCM and not the DVA. Although a CCM can be treated, in my case it is too close to the DVA and is therefore inoperable. The reason for this is that if the DVA is damaged, this can cause a severe bleed and lead to death. Although the bleed from a DVA is a venous bleed and not an arterial bleed, DVAs are best left alone. DVAs generally do not cause any problems, there is usually another reason for your symptoms.

As @mike_az_21 rightfully points out, if you can avoid neurosurgery, it is best. However, do not give up hope and possibly get another opinion if you can. You are still very young to have to deal with this and there is someone out there who will be able to treat you accordingly, or at least provide you with the answers you require. Unfortunately in my case, I have to live with the symptoms due to it being inoperable.

Wising you everything of the best and hoping you get some proper answers real soon. Please do not hesitate to reach out to me privately if you wish to discuss further. Alternatively, chatting on this post is also good.

Take care all and much love to you,
Debs

DVAs generally do not cause any problems, there is usually another reason for your symptoms.

@DickD, don’t be so hard on yourself

;). As mentioned, they generally don’t cause issues. DVAs are usually formed during the beginning stages of life and most people go through life without even knowing they have a DVA. Although they can bleed, it is generally a slow bleed due to it being venous. This is the main difference between a DVA and AVM.

Is it possible for you to see a respected neurosurgeon? Maybe she/he could do an angiogram and hopefully get to the bottom of your situation. I would be very frustrated in your shoes. Good luck and may God keep and protect you.

I was wondering about an angiogram… the gold standard of diagnosing an AVM. I don’t know where you live, but I’d contact a respected, university medical center neurology department.
Best to you, Emily.

I would definitely get this checked on by a neurologist. The way they found my AVM was because it ruptured. I was airlifted to St.Louis children’s hospital and had multiple MRI Scans and advanced EEG test after my AVM ruptured. My rupture was back in 2000 when I was 10. Didn’t no I had one just figured it was a headache from growing pains and allergies. Ended up having 4 surgeries done but was in great physical health after the surgeries were done even back into sports the next year. Keep us posted on how things are going.