My husband has been diagnosed with AVM

On my husband’s 60th birthday, Dec. 18, 2016,he lost peripheral vision in his left eye. His eye doctor found no issues, suggested a possible stroke and sent us to the ER. An MRI revealed an AVM on his right occipital lobe. After an arteriogram, on March 2, he had an onyx embolization. Two more arteriograms and two more embolizations (coil and onyx) he is scheduled for another arteriogram in November with possible embolization in November. His vision has not returned and likely won’t. He still has debilitating pressure headaches in the back of his head and a loud whooshing noise in his ears. The noise in his ears is constant and difficult especially when trying to sleep.
Our dr, Arthur Grigorian, Macon Ga, is renowned for his work with AVM’s. I’m just not usre we are asking the right questions, rather blindly follwing his direction.
Will this be a lifelong fight to continue with embolizaton? This is very hard on him physically and has changed his daily life, always a busy man, never still to not being able to do very much without headaces and flashing lights in his eyes.
Should we ask the doctor about removing the AVM?

It is always worth asking the doctor about whether a different treatment might be more effective. I’m sure he’ll give a view. Sometimes, people give recommendations that are only in line with their own expertise, so ask an interventional radiologist what to do? Embolisation. Ask a neuro surgeon what to do? Craniotomy. Perhaps. So, satisfy yourself that he is taking a balanced view, giving sound advice, however you can. If you don’t get the right feeling, consider going to find a second opinion.

The information I was given about my embolisation was that I might need one go, or two. I think I’ve also read somewhere that embolisations are as poor as 20% successful, so can take several goes, or may not be successful. In that regard, you might still have faith that a further embolisation will make a difference, or not.

The impression I get is that facial and extremity AVMs are especially difficult to fix and are often treated by embolisation. My own theory (not supported by anything) is that not being encased in a skull, and having to flex when on a face or arm or leg or foot, an embolisation might be less effective than when able to lie undisturbed inside one’s head.

For me, I’d definitely be OK with a second embolisation on an occipital AVM.

Talk to the doctor about what he can see and what his views on success look like.

Thank you Richard! I think we were so blindsided at the initial diagnosis that we didn’t know what questions to ask. The surgery in December will be the 4th embolization this year. We did not realize that it might take more than one embolization and that we would be dealing with AVM for the rest of our lives. We trust our dr to give us the best treatment but we have learned that we have to be our own advocates and learn what we can about the AVM and best treatment possible. We are learning as we go. When we go for the arteriogram later this year we will ask if there are other treatment options.
Also I’m wondering if anyone has any recommendations on where to read up on AVM’s? There seems to be a lot of information on the Web but it all seems to be the same information…

You can always ask for a second opinion from an interventional radiologist. More than one opinion never hurts. There is limited information regarding these topics because of their rarity, hence your trouble finding resources. I would aks your provider to send his case to Dr. Wayne Yakes at The Vascular Malformation Center at Swedish Medical Center in Englewood CO. He’s a pretty amazing man. 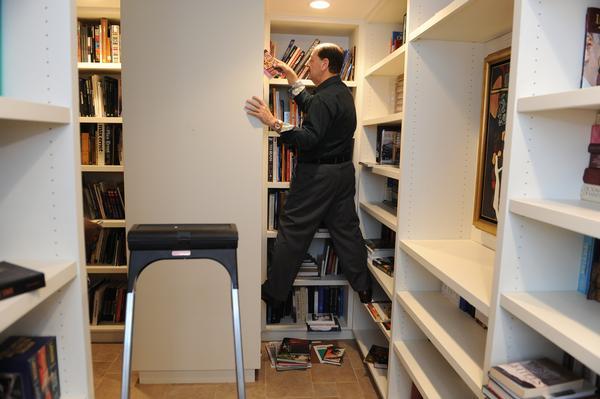 Doctor illustrates hard work and a good eye for treatment

Doctor illustrates hard work and a good eye for treatment