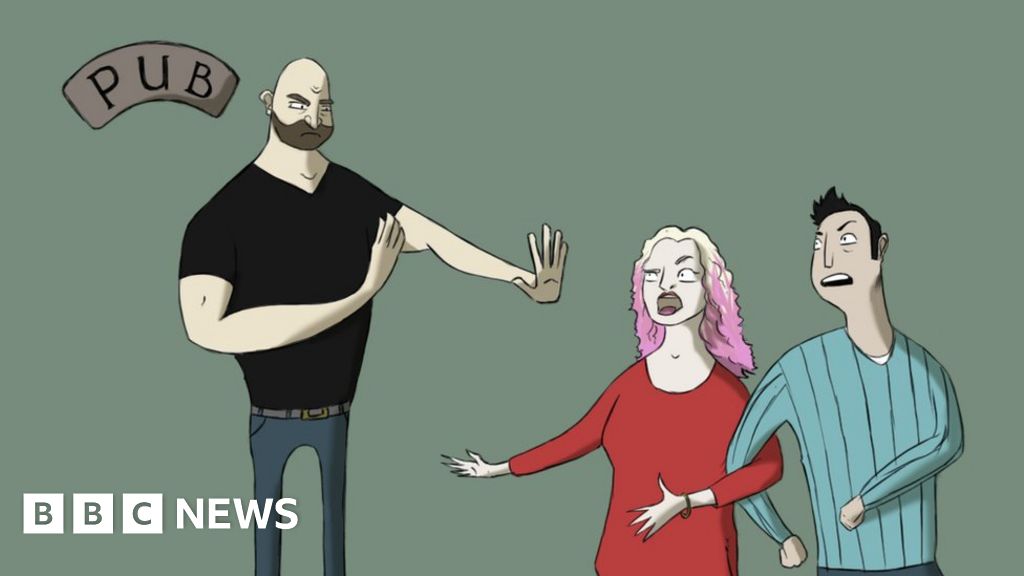 Why I get mistaken for being drunk

Going to the pub on a date can get complicated when you have dyspraxia, explains Ruby MacKellar.

You know by now that I browse BBC news. I read this article about living with dyspraxia from Ruby Mackellar and wanted to share it with the community. I love her ability to laugh at herself and her advice on what to do when you fall over.

Whatever your limitations, never forget to laugh at life. AVMs are on the serious end of the scale but we should remember to be a community and share other aspects of life – more fun aspects – I feel.

Hope you find this fun, informative and not offensive. It is never my intention to offend.

Richard
Thank you for sharing. We feed the squirrels in our yard and we have one who has a tilt to his head we call him Lenny and today when I gave him a walnut poor guy almost feel over. He was able to recover and take his walnut- I relate so much with Lenny and greatful when I am able to recover and not fall!

When talking with friends who don’t truly get what all I’m dealing with, I will, on occasion, comment that couldn’t pass a sobriety test that requires me to walk heeltoeheeltoeetc. Most of the people I know who are not people of color kind of laugh and joke about it a bit. One of my friends of a much darker color than I am commented to me, “TJ, be glad it’s you that the cops would get suspicious of because you’d be fine. They might keep you in their car while they call your doctor to verify the medical issue, but that’s it. Now if I had that happen…”

I didn’t want to hear the end of his sentence because I knew what he was going to say. I even asked a puerto rican friend whose husband is a person of color and rather high ranking in the local police, “If that ever happens to me, what should I do?”

It’s a challenge some of us can laugh about, it is more serious for others of us.

I have to say that I worked in the police (a long time ago) and during my time, I did not see evidence of racial bias or uneven treatment but inner city areas are prone to different behaviour and different criminality than I saw out in the countryside and smaller towns.

I have also been to India for work and whilst there, the racial imbalance was in full sight. As a fair skinned European one is apparently pretty much top of the pile and that did not suit me at all. My presence in a car apparently dissolved an issue that would otherwise have befallen my host.

I’m disappointed by that reality.

There are some historical facts that bear witness to the truth in your observations about racism and i’m Working on some thoughts on that. More later. …