I haven’t posted a lot in this part because most of my challenges have been discussing the emotional challenges of how life changing this all has been (at least the last 2 of the 43 years I’ve been dealing with this.)

Two years and 7 days ago, I woke up from the embolization with a number of significant side effects. One of them is my hearing. Let me try and explain it. Pre-surgery, I was a “little bit” deaf in both ears. After the surgery, I was totally deaf in my left ear and just a little more so in the right ear.

Over the first 6 months, the hearing in my left ear improved so that the higher frequencies were almost close to where they were before this. The middle and low frequencies remain about 60% below prior hearing tests. In addition, my left ear developed significant internal noise to it - most of the time, it sound like a jet engine taking off (from inside) and any words are very hard to hear. Oh and did I mention that my left ear and side of my face, cheek etc. were all at least partially numb and almost always look like that side of my face had been outside in the cold.

One other thing before the questions: Both the audiologist I met with yesterday and the one from 12 months ago both said that there seems to be somewhat of a discrepancy between what I say is going on and what shows up their tests. They said that could be the first signs of an auditory processing disorder. Where, because of the nerve damage that happened, The connection between my voice and my brain is kind of out of alignment.

Thanks for reading this far,

Thanks for caring for each other. Every week, I spend a little time looking through here, not at the topics (I do that way more than once a week) but just to get a sense of how much time, emotional strength and wisdom you all and okay we all put into each others lives. That in itself is a really awesome thing.

Good day, my friend! I seem to be hanging out here this afternoon, avoiding the ironing…

… and actually, waiting for some beer to be delivered. Very special beer from Antwerp, as it happens. I don’t wait in for beer too often.

I read all the way down but the only bit that strikes me that I can offer any thought on is point 1.

I just think that in terms of having some tinnitus going on, it is usually most noticeable in the quiet. I remember going into the zero noise room at the hospital on the day I had my AVM diagnosed (because I had been referred for tinnitus rather than a bruit) and I had to listen for sounds to find what I could hear and what I couldn’t. Listening intently in a place that has no background noise at all meant that my pulsatile tinnitus and my regular tinnitus was really loud. Louder than ever. And concentrating on sound meant my brain was turning up the volume loads. I found it amazing how noisy my tinnitus was because usually it plays against a background of some other noise going on.

I think it is fair to say that tinnitus is louder in the quiet. I still have regular tinnitus – I’ve had it since going to a nightclub / dinner in the 1990s – so, what strikes me about point 1 above is that maybe if you had a bit more external noise going on, if you had enough actual noise playing into your ear, your brain might focus on that rather than the tinnitus and leave the volume knob that is in your brain turned down a bit.

I don’t know. But it sounds like worth trying a hearing aid to turn up the real noise a bit.

I’ve also read somewhere of people having “white noise” played to them to help cut down the internal volume control on their tinnitus.

So, maybe it would actually help. Not a lot. But maybe a bit.

Sending you my best wishes as always,

I’m impressed. If you’ll have it delivered AND wait in, that must be some pretty special stuff…

Spinning off of your comments (which is a good thing) - I’ve typically found when I’m in places like coffee shops or such without ear plugs, the outside noise does drowned out the inside noise - but then I can’t hear what I’m supposed to hear. It does make one wonder, could they (or did they already) design a hearing aid that ONLY amplifies the sound of the human voice? Whether that’s my better half or my talkative 18 year old (I’m doing a disservice to the term “talkative”) or the TV or the what do you all on the other side of the pond call them? “Tellys?” Or is that only in the movies?

But let me twist that question and get your (all of you, not just Richard) opinion. If the noise in my head is making it hard for me to hear (and it is - a bit of a rhetorical question) then if I were to take up a hobby of mine from many years ago and listen to books on tape could that make a difference? If I set as a goal some day to be at 20 to 30 hours a week (2 books or so) then I would have that amount of time where my brain found it easier to listen to the words that people read and harder to hear and take notice of the noise in my head. Over time, could that train my ears/brain to focus on what’s outside and “ignore” what is inside?

Here’s a penny for your thoughts…

There might be a bit of training to do. I don’t know if that would play out to help. But, you know what? The only way I can think is to give it a go.

I know our TV has a setting on the sound output called “movie” another called “music” and another called “clear voice” and the clear voice setting is definitely the better for listening to the TV. I assume these are just what we would have called a graphic equaliser settings that enhance some frequencies and play down some others. I know hearing aids are now starting to advertise that they help to bring out the sound you want to hear in a busy setting, so maybe modern hearing aids have a bit of the equaliser balancing going on. Worth asking in a hearing aid store or a bit of Googling.

It’s “TV” in this house. We do refer to “the telly” occasionally but I think that’s a bit slovenly 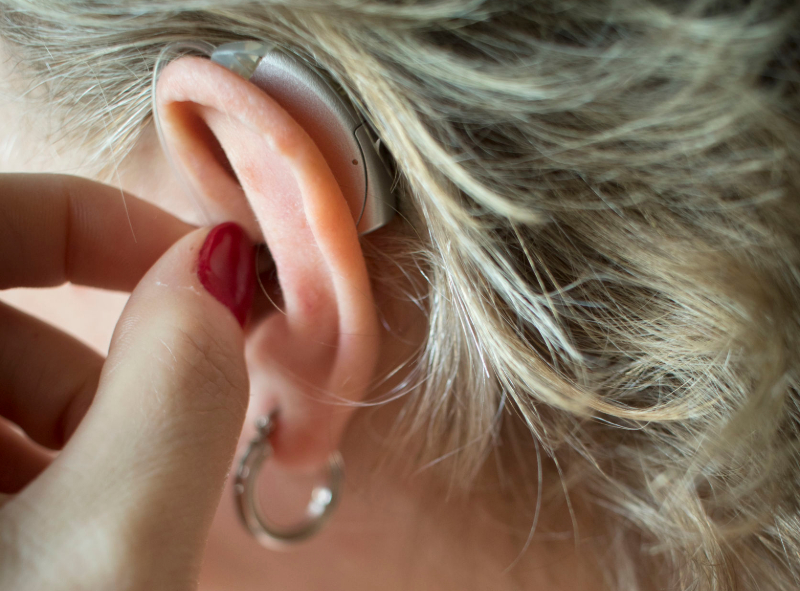 Hearing aid technology can be either advanced or basic and is rapidly improving to benefit wearers more than ever before.

Decent hearing aids do look expensive, though, so I understand the questions about value. I don’t know if places offer trials of hearing aids at all.

Hey TJ,
Boy did you come to the right place, I’ve worked in an audiology practice for seven years now. Not only do we perform auditory processing tests, but we also do auditory therapy and my boss who is the owner of the company specializes in tinnitus therapy. Definitely worth looking around your area to see if you can find an audiologist who does tinnitus therapy and auditory processing therapy. I suffer from tinnitus as well and hearing aids help me. There is a tinnitus setting on the hearing aids that plays a little jingle in your ear, so I hear the jingle and not the constant ringing, it is really helped. Another thing that helped was an app called sleep bug. Tinnitus tends to act up when it’s quiet so at night is when it’s at its worst. Playing something soothing helps so you’re listening to that and not the ringing in your ear. Just to let you know that there are options out there. Mine doesn’t seem to be as severe as what you’re suffering, but I definitely have an idea of what you’re going through.

Thanks for writing! I feel like we’ve got some pretty good audiologists for the “regular” hearing problems, but like we all know, very little about our problems is ordinary.

I inherited my Dad’s hearing aids when he passed away 2 months after I had my surgery that caused my hearing loss. They have a tinnitus setting that sometimes i use, but what I find is that the noise from that makes it harder to hear the things that are marginal.

I’ve used a number of different apps and fans and such and those help with sleeping. The two things that are probably the biggest struggles are 1) the constant noise in my head which is making hearing and doing and pretty much everything harder. 2) auditory processing therapy - what I’m hearing and what is getting through to my brain appear to be different. If there’s anywhere you can point me to try to find professionals who work with those issues ideally on the western half of Michigan, that would be be awesome. Thanks!
TJ

Hey TJ,
It’s unfortunate that the hearing aids don’t really do much for you, I’m sorry. I don’t know anything about whether there would be therapy near you in Michigan. I do know however that over here in Jersey all the audiologists in the area pretty much know of each other and what they do and what they specialize in. All the audiologist in the area know that my boss specializes in the tinnitus therapy and we get a lot of patients from other practices being referred. So definitely a question to ask your audiologist ASAP to see if they know any audiologist who do tinnitus therapy or auditory processing therapy. That would definitely be your best resource to find some info. I don’t know what the tinnitus and auditory therapy entails I’ve never sat in on a session but I do know that a lot of our patients are helped with it, and our return clients. Good luck! Sorry I couldn’t have been of more help