A Stroke Of Luck

A new ‘cranial event’ has popped up (pun intended ) and I need to have cranial reconstructive surgery, again.
Judging by my goofiness, we all know that I’ve had a screw loose.

After a strong course of antibiotics We scheduled the next surgery 7 months later, February 2020, to implant that prosthetic. My son got married in January. Though I had to wear my helmet at the wedding, I WAS THERE (see pictures). I LIVED AGAIN!!!
We are up-to-date
Thankfully, this last surgery occurred just before the big outbreak of Covid 19.
We’ve lost our house- we’ve lost the car. Times are tough, for sure, but we are very fortunate- grateful that I am cognitively in tact throui all these years of procedures and surgeries. I tutor when I can and Steven is looking for a work at home job to bring in income and be able to stay with me as the love-of-my-life and full time caregiver.
Has anything like this happened to any of you? Do any of you know of financial help for families with hardships such as ours. My prayers for you all are everything you wish for yourselves. For those who have faith and “believe,” may GOD bless everyone- keep us safe, happy, and healthy. 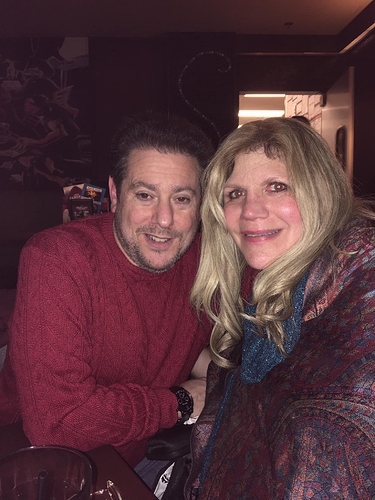 Wow - what a story! Your determination and motivation are inspiring x

I’m saying a prayer for you Jil

Bless you and I wish you the best

Amazing…that is one battle. I’m sure your positivity was challenged at times, but reading your story it clearly shines through! Take Care. John.